Only July 4th amidst the celebration of Independence Day the hastag #thankyouaaron rocketed up the Twitter charts in the first social media permanent memorial of a fallen soldier. PFC Aaron Fairbairn was killed in an attack on his outpost in Paktika, Afghanistan. 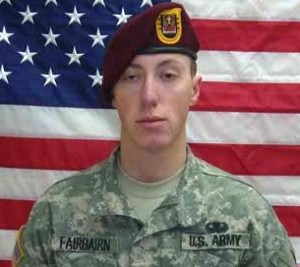 Following the departure of Aaron’s mother, Shelley Masters, brother, Beau Beck and sister, Sascha Davidson via flight to Dover, Delaware to await the arrival of Aaron’s body on U.S. soil, David Masters, Fairbairn’s stepfater, tweeted about the events as they unfolded in realtime.

According to David, “In my family’s absence, I was running ‘Aaron Central,’ phoning everyone I could to report the loss of Aaron. Being the 4th of July, I was unable to contact anyone in person as everyone was out celebrating. All I could do was leave answering machine messages and voicemails.

Frustrated, grieving and feeling so isolated and alone, I reached out to my friends via Twitter… who were also not monitoring their Twitter feeds at the time… but I did get one reply from a stranger that said simply, ‘Sorry for your loss.’

It was so good to have some human interaction as my family was in-flight across the USA, and that simple message touched my heart, and I fell apart. Realizing the reality of what had taken place on this day.

The result was seeing Aaron’s sacrifice honored by so many twitter followers that the hashtag #thankyouaaron reached number one on the Twitter charts.

That evening and in the days that followed, Aaron was featured in major media, newspapers, radio, news and television programs.” 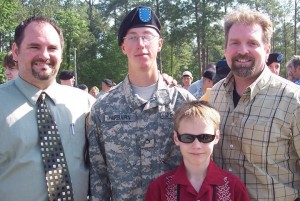 Adam Koeppe says, “I may not remember where I was when Michael Jackson’s “Thriller” was number one on the charts, but I will always remember seeing “thank you Aaron” becoming the top Twitter topic. If there had been any doubt of the internet’s ability to bring people together for a cause they believe in, the appreciation of the service of Aaron Fairbairn should eliminate this misconception completely.

‘Thank you Aaron’ was a moment those involved will never forget. In an era where there are few true heroes, the Twitterverse chose to honor the life of a young man. Without the filtering and bias of the mainstream media, the world is showing it’s true heart and soul through social networking sites like Twitter and Facebook.”

Augie Ray, Director of Social Media for a Fortune 100 financial service commpany shares his personal experience, “I had just come home from a Fourth of July picnic. My mood was happy and
carefree–I’d enjoyed the company of friends, ate well, and lit the fuses on more than my share of fireworks. Then I saw a tweet from someone I follow and it changed my mood instantaneously. Aaron’s sacrifice, his father’s anguished tweets, and the concern of those who are complete strangers to Aaron and David put the day and its meaning into perspective.”

On the evening of July 3rd, David Masters and his wife, Shelley, laughed in relief Friday when they learned their son, an Army private in Afghanistan, was just fine, busy working out and watching videos his family had sent. 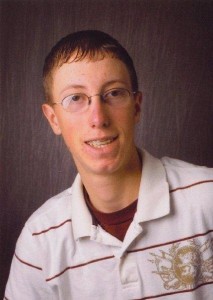 Then, on Saturday, Fourth of July morning, an Army chaplain and soldier showed up at their Aberdeen house and told him Pvt. Aaron Fairbairn, 21, had been fatally injured in a truck bombing. Based on news accounts, Masters believes Fairbairn was one of two soldiers fatally injured when a Taliban insurgent drove an explosives-filled truck through the gates of a U.S. base in Afghanistan’s eastern Paktika province.

The Department of Defense had yet to confirm the identities of the two killed.

The news was devastating for a family that had come together a decade ago in a union mirroring the “Brady Bunch” clan: The marriage was the second for both Masters and his wife, who each had three kids roughly the same age. Fairbairn was Masters’ stepson.

“If there’s any day when you’re going to make that kind of sacrifice … ” Masters said, his voice tearfully trailing away. Finally, he said: “I realize Aaron’s just one guy coming home not sitting in a seat. Lots of other guys have made that same sacrifice.” 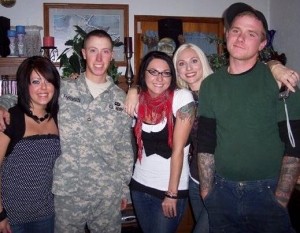 Until Fairbairn enlisted, family members would drop everything on the Fourth to assemble in Seaside, Oregon, an annual tradition. “For our family, it’s a really huge deal,” Masters said.

This year, Fairbairn’s mother, brother and sister flew to Dover, Del., on Independence Day so they could bring the young soldier’s remains back to Washington.

“At first I didn’t believe it,” said Beau Beck, Fairbairn’s oldest brother, who learned about his brother’s death while he was coaching a Little League team.

“I talked to Aaron probably 12 hours prior to that,” Beck said from Dover. “The first thing that rushed to my mind is that he’s so young and such a good kid.”

His stepfather described him as joyous, honest and dependable, the kid everyone knew first as the paperboy, then as a local lot attendant or the guy who worked at Papa Murphy’s Pizza. 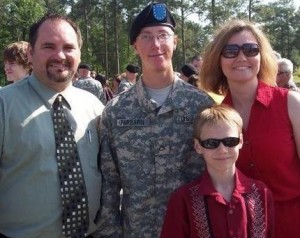 Fairbairn, a graduate of Aberdeen’s Weatherwax High, was an off-road enthusiast who loved riding dirt bikes and four-wheeling in his truck. He hadn’t yet decided what he wanted to do after the service but leaned toward mechanics.

After getting the news of Fairbairn’s death, Masters went online, sending out a post on social-networking service Twitter.

Masters noted that he would like to see his son’s sacrifice observed using the term #thankyouaaron. For a time late Saturday night his request was fulfilled and “#thankyouaaron” was the most-used term on Twitter, according to the Web site. Other Twitter posters by the thousands thanked Fairbairn and sent words of encouragement to his family.

Just last week, Masters and his wife felt reassured about Fairbairn’s well-being even though he was in Afghanistan. They had heard a report saying a U.S. soldier had been kidnapped. Because they hadn’t heard from Fairbairn in a while, Masters messaged him on the social-networking site MySpace, which his stepson used to stay in touch with family and friends.

“I told him he’d better call,” said Masters, an officer for the state Department of Corrections. 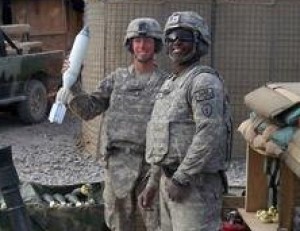 When he finally did, Masters said, it turned out their youngest son hardly ever left the base, spending much of his free time watching the show “Heroes” on DVDs his family had shipped to Afghanistan.

“He was just glad to be over there making a few extra bucks so he could pay off his truck,” Masters said.

According to Associated Press reports, the attack on the base was part of a multipronged attack in the Paktika province and came as thousands of U.S. Marines in the country’s south continued with a massive anti-Taliban push.

Beck said some may find patriotic significance in his brother’s death on July Fourth. “But I don’t care about that. It’s my brother.”

Thanks to the following sources for honoring Aaron’s Sacrifice: