We sincerely honor all who have answered the call to serve on our behalf in service to our country. Without you, we may not be able to enjoy the freedoms that are so easy to take for granted.

Today is a special day in our country. This is Veteran’s Day. According to Wikipedia: “Veterans Day is an annual American holiday honoring military veterans. It is a federal holiday, and a state holiday in all 50 states, usually celebrated on November 11. It is also celebrated as Armistice Day or Remembrance Day in other parts of the world.” 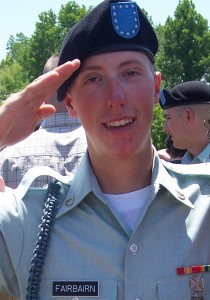 President Woodrow Wilson first proclaimed Armistice Day as November 11, 1919. The United States Congress passed a resolution seven years later on June 4, 1926, requesting the President issue another proclamation to observe November 11 with appropriate ceremonies. An Act (52 Stat. 351;5 U.S. Code, Sec. 87a) approved May 13, 1938, made the 11th of November in each year a legal holiday; “a day to be dedicated to the cause of world peace and to be thereafter celebrated and known as ‘Aristice Day’.”

In 1953, and Emporia, Kansas shoe store owner named Al King had the idea to expand Armistice Day to celebrate all veterans, not just those who served in World War I. King had been actively involved with the American War Dads during World War II. He began a campaign to turn Armistice into “All” Veterans Day. The Emporia Chamber of Commerce took up the cause after determining that 90% of Emporia merchants as well as the Board of Education supported closing their doors on November 11, 1953, to honor veterans. With the help of then – U.S. Rep. Ed Rees, also from Emporia, a bill for the holiday was pushed through Congress. President Dwight Eisenhower signed it into law on May 26, 1954. Congress amended this act on November 8, 1954, replacing “Armistice” with Veterans, and it has been known as Veterans Day since.

Today is the special day we honor the men and women that served in the Armed Forces of the United States of America. It is even more special because we, the veterans and families of veterans of Aberdeen and all of Grays Harbor are honoring the sacrifice of Private First Class Aaron Eli Fairbairn who was killed in the line of duty on Saturday, July 4, 2009 at the U.S. Army base in Paktika, Afghanistan. We are, today, adding his name to this Memorial outside the Aberdeen City Hall, so that he will never be forgotten.

He is not the first to die in the defense of the United States, nor will he be the last. He will not be forgotten, and none of the other “heroes” who served in the U.S. military will ever be forgotten. They cannot be forgotten because the world is a better place for their service.

The sacrifice of all who serve takes many forms; sometimes it’s time away from family and sometimes it takes everything that you and your family could ever possibly give.

May you be honored this – and every – day for taking the pledge to represent who bask in the safety and security of our nation, thanks to you.